Joe began his career with Crawford & Company in October 1992 as a claims adjuster in Uniondale, NY. He became a Claims Supervisor and a member of Crawford's Management Program while attaining his Associate in Claims (AIC) designation. Joe joined SCM's NJ home office in 1999 and started their West Coast operations in 2002. He became a Vice President and principal of SCM in January 2008 and is now responsible for SCM’s offices and operations in California, Georgia, New Jersey, and Massachusetts. Joe holds a Bachelor of Science degree in Applied Mathematics and Statistics from Stony Brook University and a Juris Doctorate (J.D.) degree from Seton Hall University School of Law.

Andrew has 25+ years of P&C insurance experience with an emphasis in the claims area. He began his claims career with Farmers Insurance in 1990 and was promoted to Commercial Claims Team Leader for the Southern California Region in 1996. Andrew has successfully started and grown two successful third-party claim administrators specializing in the commercial claim space. Andrew spent 15 years as the Chief Operating Officer for CRES Insurance Services, a managing general agency focused on professional liability lines. Andrew joined SCM in November 2017 as the Vice President of Operations. Andrew holds a Bachelor of Arts degree in Economics from University of California, Irvine, as well as a Masters in Business Administration (MBA), also from University of California, Irvine. Andrew has attained the Chartered Property Casualty Underwriter (CPCU) and Associate in Risk Management (ARM) insurance designations.

Wayne began his career with Travelers Insurance Company in 1976 working out of their New Orleans office. Wayne was eventually promoted to supervisor and served in that role for many years before moving on to the Third-Party Administrator (TPA) space. Wayne managed several TPA’s in his career and worked in the Risk Management Departments for Brown & Root and Methodist Healthcare System. He spent time as a legal assistant for a law firm specializing in Longshore and Jones Act claims and on the brokerage side with Johnson & Higgins. Wayne joined the SCM team in 2000. He holds the CPCU, ARM and AIM designations and is a member of the CPCU Society.

Howard holds an undergraduate degree from Clark University and a law degree from Suffolk University Law School. He is a member of the Massachusetts bar. Howard began his career in insurance claims with General Electric Company's captive insurer, then spent over twenty years managing the Professional Liability Claims group at Lexington Insurance Company (AIG). He spent seven years in the OneBeacon claims organization, first overseeing all aspects of the claims department for OneBeacon Professional Insurance, and then held expanded operational and technical responsibilities in the greater OneBeacon claims organization. Howard joined SCM in May of 2016. He lives north of Boston and manages SCM’s Lynn, Massachusetts office, focusing on the defense of Lawyers Professional Liability claims nationwide. 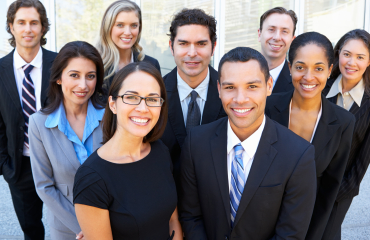